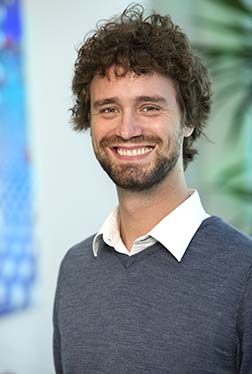 Ivan-Lazar Bundalo was born in 1988, in Zagreb, Croatia. He obtained his B.Sc. from Faculty of Electrical Engineering at the University of Zagreb, with Major in Electronics. In 2010 he was awarded with European Union’s Erasmus Mundus scholarship to participate in the Europhotonics, an EU funded photonics Master’s course. During the following two years, he studied at Université d’Aix-Marseille (Marseille, France), Karlsruhe Institute of Technology (Karlsruhe, Germany), Universitat Politècnica de Catalunya and Universitat de Barcelona (Barcelona, Spain). In 2013 he started his doctorate studies under prof. dr. Ole Bang and dr. Kristian Nielsen at Technical University of Denmark, developing polymer optical fibre sensors. During his three-and-a-half years of doctorate work, he attended several international conferences in Europe and the US, and had a 5-month external stay at the University of Sydney, Australia, where he worked with prof. dr. Alexander Argyros on an all-plastic medical endoscope.

He is currently working on PIXAPP Photonics Packaging Pilot Line at Tyndall National Institute in Ireland, developing and standardising the technology for integration of Photonic Integrated Circuits.