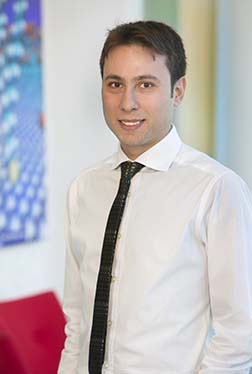 Gokhan is currently working on the upconverting nanoparticle based biomedical applications, including deep tissue imaging of certain pathogens. He received his Bachelor’s degree in Physics from Yeditepe University, Istanbul, Turkey in 2009. He moved to Sweden to continue his academic career. He started his masters study under the supervision of Prof. Stefan Andersson-Engels in the Biophotonics group in Lund University. His masters research focused on the characterization of upconverting nanoparticles and the enhancement of their photoluminescent properties. In 2015, he was awarded the degree of Master of Science in Physics by Lund University. In 2017, he moved to Ireland and became a member of the newly emerging biophotonics research group of Prof. Stefan Andersson-Engels under IPIC research centre in Tyndall National Institute. He also collaborates with APC Microbiome Institute in UCC for his current PhD. research. He has been also involved in several public engagement and scientific outreach activates, including Mad Scientist, primary school workshops, and Tyndall Transition Students Programme to promote STEM in public and students. He is currently a member of Tyndall/UCC student chapter organization, funded by OSA and SPIE.